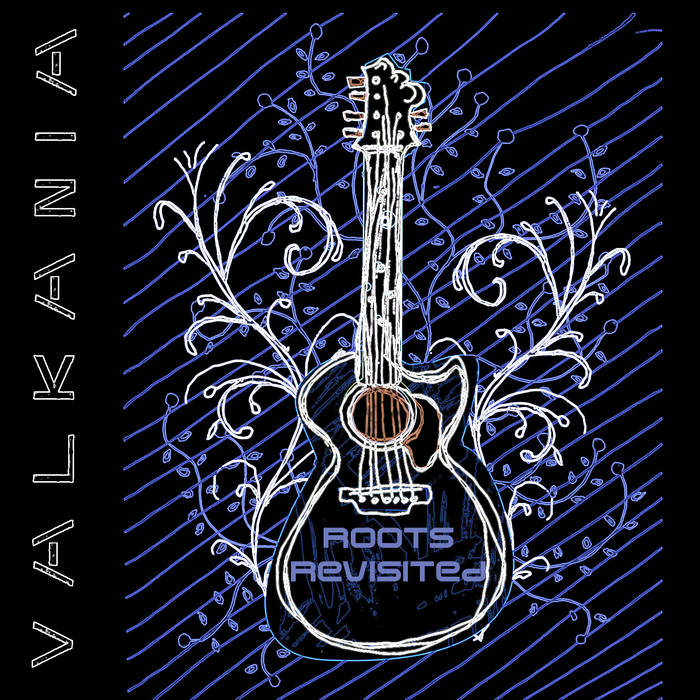 The ‘revisiting’ part is about updating the songs to the way that we sound in the last year or so.
There are several major changes in these new versions:
• the inclusion of Rob Stutterheim on piano or accordion
• replacing Andy Dewar’s percussion tracks with drums
• replacing the bouzouki with electric guitar in some songs
• re-singing some of the songs


The various instruments were recorded in three different locations, The Cabin Studio as well as Andy’s and Viktor’s home studios, during 2015-16.


The story
This EP was not strictly planned as such.
In a gig in Rich Mix, London, during early 2015, the promoter who organised it, Sebastian Merrick, introduced us as “Valkania, the rock band who likes sitting”.
And this was very true. Our true leaning is towards Rock’n’Roll music with Balkan elements, not the other way round.
In the period that followed, we introduced several new electric guitar based songs, started to stand up instead of sitting and re-introduced some of our old songs in new, more rocky arrangements..
Eventually, in June 2015 Rob Stutterheim, one of the founding members of Valkania, re-joined the band again and brought back the jazzy side of music with him.
We were ready to record our first promo video.
The recording was organised for February 2016 and we thought that it would be nice to have Rob’s performance in it. The idea was to simply patch some of Rob’s piano playing on the current album recordings.
But then Andy decided to take away the percussion parts and replace them completely with drums.
We really needed to express the new dimension of Valkania’s playing, so eventually Viktor re-sung some of the songs and recorded some electric guitars.

Thus, this short album or EP (Extended Play) is like a snapshot of Valkania’s current sound and the ever deeper exploration of the connections between Balkan and Blues, Jazz and Rock music.
Hope you will enjoy it!