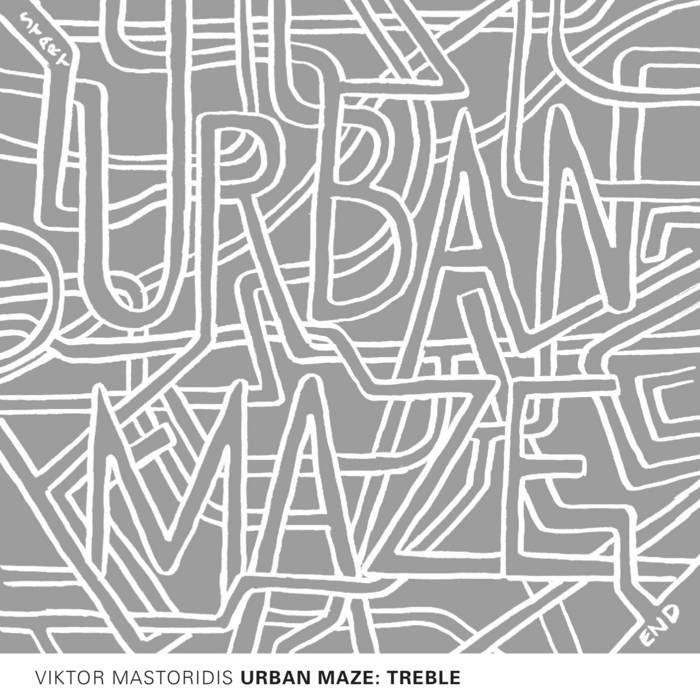 This is the third album of the Urban Maze Trilogy.
Unlike the other two, "Urban Maze: Treble" is an album of songs. As a third album it gets its name from triple, threefold, but also from the Treble Clef.
There are songs in several languages on this album: Bosnian, Macedonian, Greek and English. Also, in several genres: Balkan Rock Fusion, Greek and Macedonian (neo) Folk, Blues and Pop. The album contains previously unreleased songs and either arrangements or versions of previously released songs, recorded between 1999 and 2014.
This album contains several personal songs: two love poems dedicated to my wife Ginka Mastoridis, a song about my father Ioannis, my son Stefan, my brother Mario and another about his wife Eli.
All songs are written, performed and sung by Viktor Mastoridis, with the following exceptions:
• Korjeni & U Kuci od Nota lyrics by Maja Redžić
• Your Love Is Kind – lyrics by John Bazlinton
• Anticipating – lyrics by Richard Miles
• The Man On The Bench (featuring Djanan Turan) – sung by Djanan Turan
• Eli & Just A Love Song – harmony voice by Ginka Mastoridis
• Did I – bass by Nikolay Angarev and backing vocals by Pavlina Bogoeva.
The album could be divided in two parts: non-English and English songs.
The first part opens with two Macedonian songs in Rock/Pop/Balkan fusion style, with love and family themes. The English part of the album starts with three Bluesy songs in uneven time-signatures, followed by three deeper pop songs/ballads about inner strength and questioning the world around us. The last section contains several love songs in Pop/Rock style.
Followed by three Macedonian and one Greek love ballads in neo-folk style, including one humorous, up-tempo song. Ending with two elegiac, self-reflective Bosnian acoustic pop ballads about belonging, with lyrics from Maja Redzić.

The first album of the UM Trilogy is "Urban Maze: Common" – featuring guitar and other instrumentals in Common, 4/4 time-signature and common Western scales. The second, "Urban Maze: Uneven", features instrumentals in uneven time-signatures or uneven (unusual) scales, typically used in the music of the Balkans. These are similar to the Western scales, just sharpened and flatted here and there to achieve a certain emotional tension.